Joplin’s EF-5 Tornado: 3 Lessons Learned about the Importance of Vision Casting within Crisis 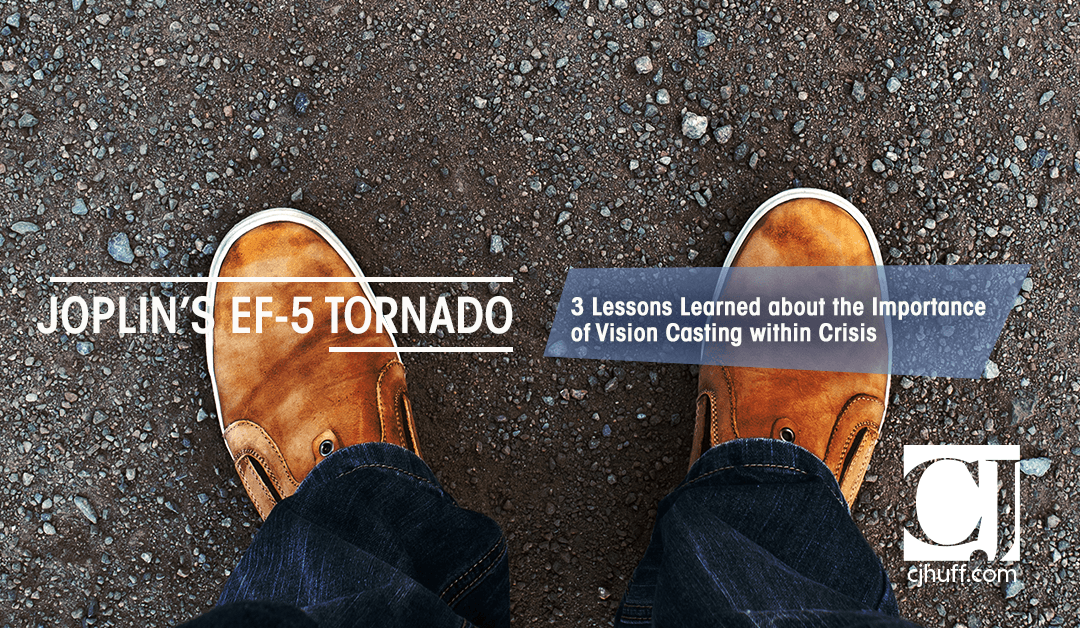 Following Hurricane Katrina in particular, resiliency factors influencing community recovery efforts has become a growing field of study as researchers try to identify what makes one community better prepared to prepare, respond, and rebuild following the unthinkable. After the destruction following the Joplin, MO tornado in May 2011, Joplin became a focal point of this research due to the community’s ability to rally quickly after the storm. It was a point of pride for the citizens of Joplin as people around the world were inspired by the “can do” attitude and resolve of Joplin in the face of a seemingly insurmountable challenge.

As the superintendent of schools I was in a unique position to be involved in not only what was going on at the ground level, but also how the various leaders in the community responded to the crisis. The faith leaders that lost their churches, business leaders who lost businesses, the city, schools, and hospital leaders all faced with immediate decisions to rebuild infrastructure, secure jobs, and maintain its population base. Challenging times for sure.

In the immediate aftermath of the disaster the initial leadership challenge across the community was three fold. Taking care of our people, assessing damages, and determining how to take the first step in the recovery marathon. It was a new experience for all of us. However, from my observations, as a community our initial success all went back to the basics of leadership that ultimately charted the course for recovery. Even in crisis situations, casting a vision still matters.

Vision casting helps people impacted by the tragedy to begin seeing beyond the direness of the current situation. The hospital promising that no one would lose jobs and the hospital would rebuild was vision. The schools promising to be ready for business in August and rebuilding stronger than before was vision. The city promising to get the debris removed quickly and engaging the citizenry in the development of a long range rebuilding plan was vision. Churches and businesses promising parishioners and patrons facilities would be rebuilt was vision. Vision casting inspires and lays the foundation for next steps in the recovery process.

Vision casting allows goal setting to occur and milestones to be celebrated. As the hospital went from a field hospital in tents, to modular units, to temporary hospital, to rebuilt hospital milestones in the progress towards the vision were communicated and celebrated. When the schools opened in August the community celebrated. As the last pile of debris was removed from the city, the community celebrated. The point is that there were clear markers of progress identified and communicated that people could identify with and participate in as a partner in the recover effort.

Vision casting paints a compelling picture of what “Point B” is going to look like so good people at the ground level can mobilize and begin taking action. With the vision set, milestones identified, hard working, community minded people garner their collective will, skill, and abilities to reach each milestone and ultimately achieve the vision.

Without question, leading during crisis isn’t for the faint of heart. But creating a compelling vision is still the best place to start…even when times are tough.